C.S.CARGO Group’s investments reached the amount of CZK 197 million last year. In addition to the regular upgrade of the group’s vehicle fleet, investments were also focused on new technologies, primarily IT infrastructure, software solutions for communication with customers and, for example, the user environment for suppliers and carriers.

“With respect to the uniform development of our activities, from the consolidated viewpoint this appears to involve minimum year-on-year changes, though several important ones occurred.  Last year we supplemented the group’s organisational structure, which led to synergy of activities in all countries where we operate, cooperation increased and we are more actively exploiting business opportunities. Thanks to that, we are also rapidly implementing a common strategy in individual countries,” explains Aleš Willert, general manager of C.S.Cargo Group and vice-president and chairman of the freight haulage section of the ČESMAD BOHEMIA Association.

According to Aleš Willert, trends in the transport segment did not change much in comparison with the preceding year. “The logistics-transport market is a highly competitive environment. In transport, we are registering growth in the prices of energy and other inputs. In the long term, there is primarily a shortage of drivers, which leads to enormous pressure on the amount of wage costs. Another challenge is legislation, which is more complicated and restrictions from the European Union are increasing. Among other things, this involves, for example, the ban on having weekly rest in the cab of a vehicle. However, there has recently been movement in the clarification of the rules for transport in the European Union in the form of the so-called Mobility Package,” Aleš Willert adds. 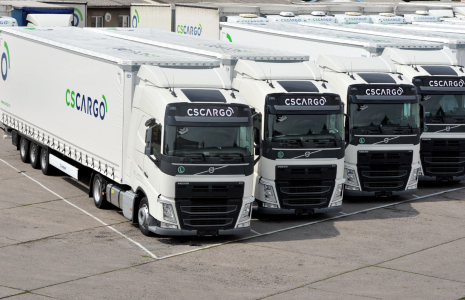